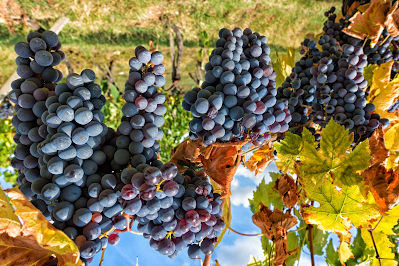 The owner of the vineyard is weird! It’s like he doesn’t understand how a clock works and doesn’t even know how to plan out the workday. Who ever let this guy be boss? Why would he show up at 5:00 p.m. (the eleventh hour) on a workday that ends at 6:00 p.m. and go on a last-minute hiring spree? This guy defies reason. And, we’re reasonable people and so we just don’t get it.

We used to have a visiting minister who would come to our church about once a year. He would often begin his sermon by directing us to put our hands on our foreheads and then he would say, “Now, everyone touch your problem!” It was always good for a chuckle, but think about it; it is natural for us to reason our way through life, and ultimately, reason our way out of it, and that is a problem. Sometimes, the thought of going against our reason can feel like a fight for life, or a last-ditch effort to hold on to what we think we have.

In the late 1990s, after the return of Steve Jobs, Apple launched its famous Think Different ad campaign, using photos of famous, creative people who had gone against the grain and were pioneers in their respective places of influence. And while thinking different seems like an understandable concept, it is much easier to perceive than to participate in and to execute. It’s not easy to think like the vineyard owner.

Remember how he asked the final crowd of hires the question, “What are you doing here standing around doing nothing?” If he’s the one who showed up throughout the day and has been the one doing the hiring, wouldn’t he know why he didn’t hire them? Wasn’t it his doing that, “nobody hired us?” So he not only has issues working with a watch, but he also seems a little bit absent-minded, doesn’t he?

Well, parables are tricky to reason out. They seem to mean one, or even a number of things, but can have an altogether different purpose than we might have reasoned. But let’s take it for granted that the vineyard owner is just a bit out there and we “let him” hire us. After all, it beats standing around, doesn’t it? In fact, we are far too humble to think that we’re being hired for any other reason than that the owner needs a warm set of bodies to fill his production line. So we go through the workday, defining faith as the process of “figuring out” the boss’s plan, instead of realizing that there is a different way to think—not something we produce but one which comes as a by-product of our employment.

Based upon the fact that we weren’t hired at the onset of the day, we must not be very good workers. And, We don’t want to think that we’re in the market place because of greed. We’re not opportunistic like that. We’re just humble old nobodies trying to make our way in the world.  And yet, the climax of this story is all about getting paid and the vineyard owner's odd sense of equity.

Let’s screw on our thinking caps (like they weren’t already there, constricting our spiritual senses) and ponder the situation. The master implemented a multi-phase hiring spree, spread out throughout the day. Then he, despite our own lack of concern for payment, makes a point of making good on the day’s wages. Remember, those of us hired at the end are not like the suckers who sat out in the heat all day and got jealous because we showed up at the end, not even expecting to be paid, but wanting to serve out of the goodness of our hearts. In fact, that’s how we would have answered his question during the interview process. We would have said that we were just standing around, hoping we could be of some help.

But back to the early hires. They expected a work for hire arrangement where pay was equal to the effort and time expended. You know, they reasoned that this is how it works in the vineyard and after all, working in the vineyard should all make perfect sense, shouldn’t it? But, it doesn’t…to us. And, that’s the hardest part of working in the vineyard. Come on everybody, put your hands on your head and, “Touch your problem!”

We dismiss the intangibles in this parable for things our minds can grasp. If we identify with the early workers, we might feel uneasy that the master pointed out that we don’t measure his goodness and generosity outside of what we reason to be equitable. And if we identify with the last hires who feel like charity cases, we believe that we were the last ones picked because qualified workers are not available. Then to add insult to injury, this weird vineyard owner payed us a wage we didn’t deserve—especially since we know we were hiding in the back of the line so he wouldn’t see us at hiring times.

But what if this entire parable doesn’t major on any of these things? What if he wants us to shut off these reasonings and meditate on the weird ways he does things? He picks those he wants, when he wants. As long as we maintain our positions in the vineyard, he pays according to his goodness and not towards what our actions deserve—good or bad.

His ways are not our ways and so when his ways invade our space, they are foreign to our minds. By our own reasoning, we are uncomfortable with his ways. That might be the ultimate message of this parable…uncomfortability! When he shows up, we don’t have a grid for his business plan. The vineyard owner’s actions defied both the early workers' and the late workers' sensibilities. Can we come to terms with the fact that when God moves, our brains and our own way of understanding his business get in the way?

I also wonder if another of the major messages within this parable is not the idea that being in the vineyard and doing the work is the most important thing. It’s a crazy place to work. The boss’s actions are incomprehensible, but…he always pays! Being on the inside, while producing occasional and variable means of uncomfortable thoughts and feelings is far preferable to those who never get hired. Think about this! Simply acknowledging that “nobody hired us” was the only qualification needed to obtain a position. That makes no sense, whatsoever! Reasoning then, is highly overrated and keeps us from admitting that we have not yet been hired or promoted.

Are we willing to work for this guy? He’s different! Maybe though, it's the eleventh hour—the time to start thinking different.