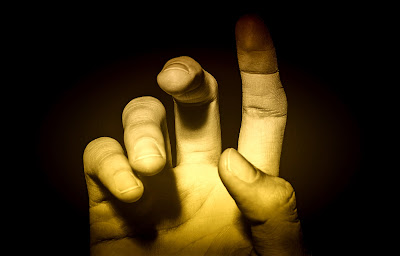 In Acts, Chapter 4, Peter and John had just been arrested for healing the lame man at the temple. You know, that's the one where they had no silver or gold, but called on the name of Jesus and the man was healed. This made many happy, but it made the Sadducees very sad, you see (sorry, I couldn't resist). But because it was late in the day and their actions literally wore out the priests and the Sadducees, Peter and John were thrown into prison for the night. Why were these Jewish leaders so overcome, or as some translations render it, annoyed, disturbed, or distressed? Actually, these descriptions merely scratch the surface of the Greek word diaponeomai, which The Helps Word Studies defines as depleted by grief and pierced by fatigue. How could these folks be so tired?

See, these people in authority had been quite busy for a number of days beginning with the death of Jesus—the one who said that he would rise from the dead. These are the same Jews, appointed by and in league with Roman power who sought to squelch the power of the resurrection. Remember that the Sadducees vehemently disbelieved and denied the resurrection of the dead (Acts 23:8).

Upon Jesus’ death, they requested that his tomb be guarded to squelch any attempt that might give credence to resurrection claims. Then they had to deal with reports of not only his resurrection by paying the guards to lie saying that Jesus’ body had been stolen, but also reports of more resurrections (Matthew 27:51-53). Denying that which we disbelieve takes a lot of effort and the Priests and Sadducees had been facilitating damage control concerning their reign of disbelief for quite a while.

But, finally, even after the recent events of Pentecost, they must have believed that their battle would soon be coming to an end. That is, until two unschooled and common men began operating in the same resurrection power that Jesus had used, attributing that power to his name. When would this nightmare ever end?

But despite their exhaustion, they took advantage of a good night’s sleep, having devised the perfect plan for the following day. They would use the same overwhelming authority that they had wielded up to this point and quickly squash and intimidate these two common men.

As an aside, you may have noticed that despite their common opposition to Jesus, there is no mention that the Pharisees joined the Sadducees in this mission to eradicate the demonstration of resurrection through Jesus’ name. Perhaps the Pharisees’ sympathy towards the resurrection of the dead caused them to part ways during the current kerfuffle.

It’s a Bit of a Stretch (of the hand)

But things did not brightened up for the Sadducees. Peter and John left the proceedings even more determined to preach and demonstrate the resurrection for they understood something that the Jewish leaders did not… God’s hand was now available to believers. Just as Jesus declared that Pilate’s authority was designated and not innate, the apostles understood that God had orchestrated the authorities to:

“… do whatever your hand and your plan had predestined to take place.” (Acts 4:28 ESV)

God had been using his powerful hand to lead the Sadducees where he wanted them to go, his hand even participating in the decision-making process to carry out his plan (Acts 4:28). The apostles understood this and they also understood that now, post-resurrection, ascension, and giving of the Holy Spirit, that God’s hand and his plan was proceeding forward, becoming available to believers. This realization caused the apostles to pray:

“'And now, Lord, look upon their threats and grant to your servants to continue to speak your word with all boldness, while you stretch out your hand to heal, and signs and wonders are performed through the name of your holy servant Jesus.' And when they had prayed, the place in which they were gathered together was shaken, and they were all filled with the Holy Spirit and continued to speak the word of God with boldness…. With great power the apostles were giving their testimony to the resurrection of the Lord Jesus, and great grace was upon them all.” (Acts 4:29-31, 33 ESV)

Indeed! Why do the nations’ rage a losing battle—one destined to wear them out—now that the hand which once used them as puppets to fulfill God’s plan, is now turned against them… unless they repent?

The Hand that Dealt a Sadd Defeat

How is it that Peter and John were able to walk free with only a “stern warning” from the authorities? The priests, elders, scribes, and Sadducees could not deny what the power of the resurrection had accomplished as the man who was healed stood as overwhelming proof of resurrection power.

You may not have stopped to consider that this lame man was over 40 years old, yet God healed him. It was not simply that he had been lame for a long period of time and that everyone was familiar with this fact, but everyone, especially the officials knew well that 40 is the number of trial and judgment.

Just as the Israelites had spent a complete 40 years in the wilderness, and just as the flood rains extended a full 40 days and nights, these 40 years of incapacity meant to them that this man had undergone a complete 40 years of trial and at the end, had been judged by God as sinful, deserving his physical handicap. To these people, that was the end of the story! He had either been judged for his own sin, the sin of his family, or a combination of both, doomed incapable of undergoing redemption.

And yet, the power and authority in the name of Jesus Christ had raised him up, superseding the curse of the law. Until now, the Sadducees had come to believe that by their designated and acquired authority, that they were the hand of God, or at least, that it was by their authority that that the hand of God would move, especially in rendering judgment and determining righteousness. But here, their power had been stripped away for they had nothing to say being unable to deny that, outside of their authority, God had performed this miraculous sign.

“What shall we do with these men? For that a notable sign has been performed through them is evident to all the inhabitants of Jerusalem, and we cannot deny it.” (Acts 4:16 ESV)

Up until this time, they had been exhaustingly able, with varying degrees of success, to squelch and effectively deny the resurrection. Now, at least amongst themselves, they admitted defeat.

And so, instead of punishing Peter and John, they sent them away with a powerless warning to cease their actions. But the apostles pressed in all the more for they understood that the hand of God was inclined towards them, as it is to all believers. God’s hand was no longer moving to fulfill Jesus’s earthly ministry, sacrificial death and resurrection, but to perpetuate the power for believers which his actions procured for the Church.

Paul understood and communicated this readiness of God’s hand to move through his people, praying for the Ephesians (and for us) that we would come to know and embrace the power within us—the same power which raised Jesus from the dead (Ephesians 1:16-23) That’s a prayer worth revisiting on a regular basis.

Moving the Hand of God

He is the potter and we are the clay, and so he puts his power in these vessels of clay as he did Peter and John, to make it apparent that the power comes from God alone (2 Corinthians 4:7). While the power is sourced unmistakably from him, he invites us to draw upon that power, so that his glory might be manifest, or so says the call of the Great Commission.

Consider for a moment the interplay between humility and boldness which played out in the apostle’s prayer in Acts 4. Led by Peter, the apostle who so eloquently preached for us to humble ourselves that God might lift us up (1 Peter 5:6), their prayer of humility was a very specific prayer that God would embolden them with his power—in speech and in action.

Humility is not about lowering ourselves down to inactivity, but it is about letting God lift us up. Anything else is a false humility, or a false sense of authority and power in which we seek to glorify ourselves. Our only hope is to rely on his love, his grace, and his power that we, like those who went before us, serve the Gospel according to the power of his hand, within the confines of the power of his plan.