Watch Out for the Fleischmann’s 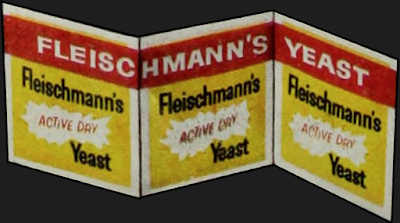 Today, (if we are bread-makers) we throw a touch of Fleischmann’s, Red Star or some other brand of yeast into the dough so that it rises us and fluffs up bread the way we like it. Biblically speaking, however, yeast is mostly symbolic of sin which infiltrates and alters bread in a bad way. This is why Jesus warned his followers to be watchful for the yeast of the Pharisees. 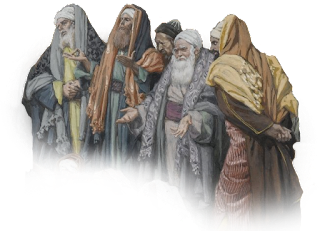 The greatest problem with the Pharisees was their inability and sometimes unwillingness to believe what Jesus was doing and who he said that he was. And while anyone who believes in Jesus today might feel they are immune to the effect of a little Fleischmann’s, Jesus did not seem to think so.

Jesus was all about the bread! Think about it! He multiplied bread along with fish at least twice. He made it part of his very last meal before his death, and was known to eat it at least once after that… which is quite a feat. And of course, he let us know that he is the bread of life. That makes what he said about leaven even more important. It doesn’t take much yeast rolled into the dough for it to spread through, infiltrate, and interact with it. That’s just how yeast works.

And so when Jesus declared himself the Bread of Life, he gave us context for where this leaven likes to grow. So while we might rightly recognize Jesus' identity, it is possible that we might choose to overlook the fullness of that identity through doubt, cynicism, and even pride… all things associated with the Pharisees.

Consider this! Saul was a Pharisee and it took a knock to the ground, temporary blindness, and miraculous healing to undo the effect of yeast within him and transform him into Paul. Once we determine that phariseeism is something that only someone else can “catch,” that we are somehow immune, it is likely that at least a speck of yeast has somehow found its way into our own belief system. If spiritual yeast were not that pervasive, Jesus would not have put out the all-points bulletin that we should beware (Mt 16:6, Lk 12:1, 1 Co 5:6). 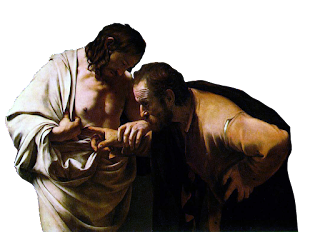 What things about Jesus do each of us raise our heads and discount in someone else’s spiritual walk or in ours? Likely, that’s an area where something has risen and has begun to spread. Consider Thomas! After Jesus had appeared to the rest of the disciples in Thomas’ absence, Thomas declared that the only way that he would believe that Jesus had risen from the dead is if he would be given substantial proof. This is reminiscent of the Pharisees who saw miracles performed in front of them, yet continually asked Jesus for specific signs to prove himself to them. Could it be that Thomas picked up a bit of that yeast along the way? It’s not hard to do.

Am I more adamant in denying Jesus’ activity in the world today and in my own life than I am about recognizing Jesus' desire to intervene as he did in the New Testament? Do I discount God’s action in those I disagree with because I’m convinced that my views, positions, and standing are “more right?”

Fortunately, Jesus is very accommodating and reaches beyond our unbelief and judgmentalism declaring, “Do not be unbelieving, but believing (Jn 20:27).” It’s our choice; yeast just makes it more difficult to make the right choices, but it's definitely not impossible. That change is what the Bible calls repentance and that simply means changing from our position to God’s position.

Posted by Chris Grahl at 8:45 AM No comments: