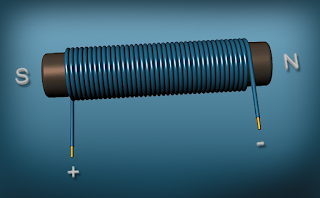 “I tried prayer for healing a couple of times, but it didn’t work”

It’s easy for us to become discouraged, disenchanted, and even dismayed with supernatural healing. Some have tried it and it just didn’t take. Others may have even seen positive results, but had the malady later return. And, while others continue to experience success from prayer for healing, these reports often discourage those who seemed to have experienced defeat, rather than being encouraged by them. It makes healing seem more like magic which works, presumably for some, but not for others. While I can’t address every concern about healing, I hope that the following sheds some light on the subject.

The more we become familiar with God and his ways, especially when it comes to healing, the more we will become aware of the nature of both. God and the power he uses to affect his creation are invisible, not unlike the power of magnetism. While this comparison is somewhat imperfect, it is a good place to begin in understanding how God works.

Magnets, as we know, attract metals. If we place a piece of metal in direct proximity of a magnetic force, there will be an attraction, right? If there isn’t an attraction, we might assume that what we believed to be a magnet wasn’t really a magnet after all and so, we disregard it altogether. The fact is, however, that magnets only attract certain types of metals. In addition, there are more than just one type of magnet. In other words, we need to look beyond the surface of things, especially when making a comparison between a natural force and God’s supernatural ways.

While magnets occur in nature, there are other kinds of magnets, ones which rely on the power of electricity. If one coils a conductive wire around a metal rod and attaches the ends of the wire to the positive and negative posts of a battery, those efforts will produce an electromagnet where before, no magnet existed at all. The magnetic field it produces is dependent upon the energy flowing through the wire. For this reason, an electromagnet is a much better model for understanding healing.

Not every metal is affected by magnetic attraction. While iron, nickel, and cobalt are susceptible to a magnetic field, metals like brass, aluminum, and copper are not. And so, an object containing an amalgam of metals might be only mildly attracted to a magnetic force, simply because it does not contain enough iron or other attractive metals. Distance is also a factor for the further away the metal is to the magnetic field, the weaker the attraction will be.

As you can see, there are a number of factors which might prevent an attraction between an electromagnet and a metallic object—some which can be easily observed or reasoned, and some which cannot. In our search for answers, we’re not attempting to find a place of blame, but to prove the spiritual law that God heals and that he can heal us. As I said, magnetism and even science, makes for an imperfect comparison to the power of God to heal. But, like science, the nature of God is discoverable. He hides things not from us, but for us that we would seek to know and therefore, find.

The Tenacity of Edison

Thomas Edison is famously quoted for saying that he didn’t fail when searching for the best filament to use in the electric lightbulb, he just found 10,000 ways that wouldn’t work. Eventually, he did find the right filament and you’re likely benefiting from his tenacity right now. Jesus also praised the value of tenacity when he told a parable, just to underscore the idea that we should, “…always pray, and not give up” (Luke 18:1 NHB). Not giving up doesn’t necessarily mean that we try the same thing over and over, although it may. Consider the workings of an electromagnetic experiment. For everything to work properly, one would have to assure that the power source were in order and that the wires were attached properly to the terminals. The wire must also be tightly wound around the metal rod with no overlap. Then there’s the nature and the proximity of the metal to consider. We can’t give up, especially because healing is part of the atonement that Jesus paid for.

From Magnets to Medicines

Have you ever had a headache that just wouldn’t go away? You took all sorts of pain relievers, but they just didn’t make a dent in your headache. Or have you been to a doctor for some sort of fantom pain or lack of motion and they told you that they could find no cause? And yet, I bet you’ve taken pain relievers since those times of failure and have visited a physician again, despite the lack of success previously experienced. With this track record, how is it that we can so easily give up on God saying, “I tried it once, but it didn’t work,” or “My knee felt better instantly and for a couple of weeks, but then the pain came back?” God doesn’t mind if you come back and ask again, just like he doesn’t mind if you have to take another does of acetaminophen.

You Are the Magnet, and I Am the Steel

Perhaps we return to medicine so readily, despite its imperfections, simply because we have become familiar with dealing with its imperfections. And while we understand that God is perfect, we are apprehensive in dealing with the fact that we are not. We don’t always know how to become a piece of metal that is in position to be attracted to God’s healing power and because of our ignorance, we actually repel his power by relying on the power of our own reasoning. While we might believe that our power to repel God’s attraction pales in comparison, in a fallen world, the opposition can be enough to counteract attraction.

Electromagnetism makes for an adequate model for divine healing at least in the respect that it shows God’s willingness to attract us. But, we must pursue that attraction and not give up. We must seek to find, knock for doors to open, hunger and thirst that we might be filled, and eagerly desire and pursue what the Gospel freely provides. It is not enough to know that God’s power is available and inexhaustible, we must realize our responsibility to make sure his power is connected to the means by which we’re seeking to be drawn towards the healing he provides. Seek and discover the connections needed. Don’t give up on the attraction. Be the steel that allows Him to pull you and your circumstances towards his ability to affect them and bring healing.