Inside The Actor’s Studio

Inside The Actor’s Studio 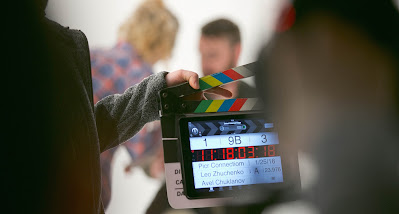 “Acting is all about honesty. If you can fake that, you’ve got it made.”~ George Burns

In a funny way, that kind of describes faith, venturing confidently into the unknown without really knowing what we're doing. But, when we act in faith, we're not faking it, we're trusting in the one who knows what's going on. Getting from here to there, however, can be humorous. Take a look at my acting process and see if any of it looks familiar to you.

How I Write Myself Into The Story

I find it amusing how I write myself into the Scriptures. When I read the Gospels for example, I never seem to take on the role of a Pharisee, rejecting Jesus as the Messiah; nor do I ever find myself walking away from his hard sayings. I always seem to play the role of a true believer, the one smart enough to figure out what’s going on.

In this play, I come out looking pretty good.

But in real life, I sometimes act differently, even over-acting in false humility—playing my role in silent faith as not to appear as one who grasps for glory. I also sometimes hide behind a character who cleverly hides his uncomfortability in the presence of those who seem “more spiritual.”

Perhaps I have just been stuck in a role never written for me and I haven’t known how to properly get into character. Can you relate?

It’s on the Page, But Is It on the Stage?

Let’s face it, no matter where we are in the process, our expression of faith can look better on paper than it does in reality. I have both deceptively acted as if I have it all together, and in false humility, pretended as if my role is less important than that of others. I must, as they say, learn to commit to the role put before me. It’s in the script, but I need to live it out dynamically on stage. We all must believe that this is not only possible, but understand that this is the commission we’ve been given.

Roles of A Lifetime

Look at the drama going on around us! The world is ready for a modern revival of the Book of Acts. After all, its an action-adventure vehicle which has proven itself the perfect counter-cultural play. The poster would again read, "They turned the world upside down!" Yes, we’ll be playing against type, no longer stuck in our self-imposed silent movie, or in our own horribly produced and performed, B movie.

This is our big shot! We have the opportunity to perform the perfect production for the perfect audience. Can we honestly act any other way?

We must ignore the critics who believe that by taking the stage, we'll do nothing but overshadow the star of the show. I doubt if actors performing with Robert De Niro, or Meryl Streep think to themselves, "Gee, I hope I don't show them up." Jesus is so secure in his position that he groomed his proteges to follow his lead in acting out the Gospel—even commanding them to do the same for us.

As we embrace this honest motivation to take on the role before us, our boldness can come across as threatening to those who have not yet, or never will, take that risk. This is how the critic was born. Regretfully, I sometimes find myself playing that role.

If I do my best work as a supporting cast member and give my strongest performance, I will only bring more credibility to the protagonist—the star of the show.

Another trait of a good cast member is the ability to recognize and trust in the director’s skill and ability. He's more than able to compensate if we flub a line, or miss a cue. Although we are the supporting cast, we are also very well supported.

As I began this actor’s studio, I recounted that how, on paper, I have cast myself in all the right roles, saving myself from any dangerous plot twists and surprise endings. I was the hero in every scene—while Peter denied Jesus three times, I didn't do it once, nor calling down fire from heaven, or ask to sit at Jesus' right hand. I always sat in the safe place, never wrong and never in a place of uncertainty. But that's not how it works.

The best actors in the business will tell you that they still get nervous before a performance. That's because they know that the unknown before them can reap great benefits. They call it risk, Jesus calls it faith. So that begs the question, when he returns to the stage, will he find us taking those risks?

A curtain call never takes place on an empty stage. When the Son of Man returns, will he find faith on the earth? Only if there are cast members filling their roles, willing to act in faith.

The fact is, while this saga is closer than ever to coming to an end, we don't have any real idea when the final scene will be played. We must act as if the show must go on. That's our motivation and that's how we get into character.

The show isn't just about the end, it's about the journey. Sometimes we get too caught up in replicating concrete pillars and leather sandals and we forget that its the performance that matters. A revival of the Book of Acts is not about robes and chariots, but about swords!

When Peter preached his sermon at Pentecost, it says that the people were cut to the heart. That's the performance we should capture. Each of us have been cast in the role of a lifetime and its not something that we can fake, as George Burns jokingly suggests.

This is, however, a role that should stretch as if we're participating in a master acting class, and...we kind of are!

Posted by Chris Grahl at 1:43 PM No comments: