The Jerusalem Council: A Signs and Wonders Defense 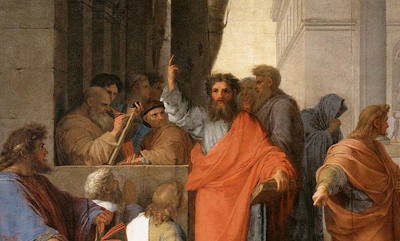 After nearly 15 years on the road ministering to those outside of the Jewish community of believers, Paul found himself having to defend the grace of God shown to the burgeoning Gentile church. At the Council in Jerusalem, the Pharisees proposed that the Gentiles must convert to Judaism in order to become legitimate believers. Paul’s position, aided greatly by Peter, should prompt us all to re-examine how we perceive God’s will and his ways.

“When they came to Jerusalem, they were welcomed by the church and the apostles and elders, to whom they reported everything God had done through them. Then some of the believers who belonged to the party of the Pharisees stood up and said, ‘The Gentiles must be circumcised and required to keep the law of Moses.’ The apostles and elders met to consider this question. After much discussion, Peter got up and addressed them: ‘Brothers, you know that some time ago God made a choice among you that the Gentiles might hear from my lips the message of the gospel and believe. God, who knows the heart, showed that he accepted them by giving the Holy Spirit to them, just as he did to us. He did not discriminate between us and them, for he purified their hearts by faith. Now then, why do you try to test God by putting on the necks of Gentiles a yoke that neither we nor our ancestors have been able to bear? No! We believe it is through the grace of our Lord Jesus that we are saved, just as they are.’ The whole assembly became silent as they listened to Barnabas and Paul telling about the signs and wonders God had done among the Gentiles through them” (Acts 15:4-12 NIV).


Dealing with a New Kind of Believer

For centuries, the Gentiles had lived outside of God’s grace and plan (Ephesians 2:11-12). So, the Pharisees appeared, at least in their own reasoning, to have a legitimate point in seeing themselves and their traditions as the gateway for the Gentiles. Paul and Peter, on the other hand, took a position that God had already approved and accepted this new brand of believers as well as the methods by which they had been won to the Gospel—faith and the grace of Jesus amidst the presence and working of the Holy Spirit.

That was good theology then and it stands up today as well. Yet despite our agreement with Paul, there is still a part in many of us which shares the apprehension felt by Pharisee believers in their day. Consider how we would determine if a people group had truly been accepted by God. What measurements might we use and what recommendations would we make?

Recent history, relatively speaking, reveals that we ourselves have a tendency to misinterpret God’s working and movement outside of our own spiritual culture and comfort zone. While not a perfect example, the Jesus People movement of the late 1960s and early 1970s reflected a divide between a church set in its ways, and a group of hungry converts looking for a place to belong.

Despite even radical conversions, many of these young people were initially rejected and shunned by traditional congregations because they didn’t fit into the status quo. Ironically, that very group, now long melded-in, have become the new baseline for the status quo, being challenged in ways similar to their predecessors. 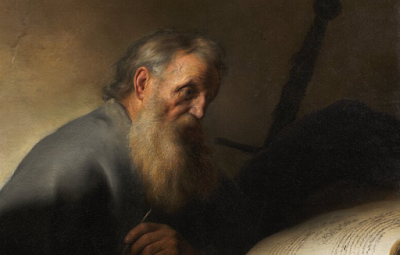 With all that in mind, what standards would we use today to measure and validate a ministry to a people group outside of our own culture? Likely, we would provide numbers—how many had been converted and gather on a regular basis. Also, we might give testimony as to the kind of lifestyles these new believers had left behind, proving that they had truly been transformed. We would give these and other compelling details, however, Paul gives none of these. He gives us no stats and tells us nothing of the Gentile’s lives as former idol worshipers, polygamists, sorcerers, and the like.

What then did he use to prove the legitimacy of his ministry to the Gentiles as well as their subsequent acceptance of his ministry? It was none other than the work of the Holy Spirit.

That’s right! Paul and his companions began and ended their position by providing the same vein of testimony throughout—what God had done through them by the Holy Spirit.

“… They reported everything God had done through them” (Acts 15:4 NIV).


“The whole assembly became silent as they listened to Barnabas and Paul telling about the signs and wonders God had done among the Gentiles through them” (Acts 15:12 NIV).


Peter’s testimony was not terribly different as he reminded his fellow believers that God had heard and believed in God’s grace through his own lips, which cued the Holy Spirit to fall on the Gentiles just as he had fallen on the Jews beginning at Pentecost (Acts 10:44, 11:15, 15:7-8).

Many in the church today would be very uncomfortable putting this much emphasis upon themselves and their role in what God had done, feeling like it puts the attention and glory upon them and away from God. But, that was not Paul or Peter’s intention at all. It was not out of pride or a sense of spiritual superiority, but acknowledgment that God was present, confirming and affirming that their ministry to the Gentiles was valid. An example of this is found in Luke’s report of Paul and Barnabas’ ministry to the Gentiles in Iconium.

“So Paul and Barnabas spent considerable time there, speaking boldly for the Lord, who confirmed the message of his grace by enabling them to perform signs and wonders” (Acts 14:3)

Does the Gospel need such confirmation? Isn’t the spoken word adequate to convey God’s message? Paul didn’t think so.

“My message and my preaching were not with wise and persuasive words, but with a demonstration of the Spirit’s power, so that your faith might not rest on human wisdom, but on God’s power” (1 Corinthians 2:5 NIV).


The more tumultuous the times become, the more we will likely come to understand the importance of Paul’s statement. The works of God testify to who he is and what he approves. His works actually praise him (Psalm 145:10). That is why Paul relied on them as the sole proof of his ministry to the Gentiles, in the same way that Jesus had done years earlier. “Do not believe me unless I do the works of my Father. But if I do them, even though you do not believe me, believe the works, that you may know and understand that the Father is in me, and I in the Father” (John 10:37-38 NIV).


This is also why Peter was so quick to defend Paul’s ministry to the Gentiles. He had been with Jesus and therefore understood that signs and wonders were the foremost proof of the gospel and those who proclaim it. And so, on the day of Pentecost, he echoed Jesus’ position on the subject. This testimony is further reinforced by the author of the letter to the Hebrews.

“Jesus of Nazareth was a man accredited by God to you by miracles, wonders and signs…” (Acts 2:22 NIV).


“This salvation, which was first announced by the Lord, was confirmed to us by those who heard him. God also testified to it by signs, wonders and various miracles, and by gifts of the Holy Spirit distributed according to his will”
(Hebrews 2:3-4 NIV). 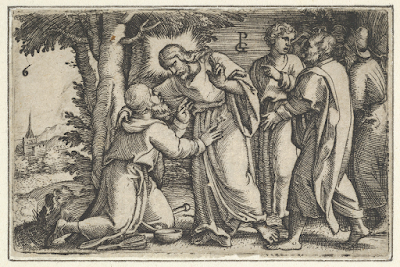 Let’s keep in mind that Paul was a master theologian and could hold his own in a debate. Still, Paul realized that the legitimacy of his ministry to the Gentiles would be best represented if based primarily upon God’s approval as shown through the manifestation of the Holy Spirit. He believed that if he could show that God were in it, then he had no reason to seek proof elsewhere.

Paul’s stance was not merely theological, it was practical, reproducible and effective. He knew experientially that signs and wonders held the power to bring people to repentance and he reckoned that the council understood this as well, having experienced 1st Century ministry firsthand themselves, and by remembering the words of Jesus.

"Woe to you, Chorazin! Woe to you, Bethsaida! For if the miracles that were performed in you had been performed in Tyre and Sidon, they would have repented long ago in sackcloth and ashes” (Matthew 11:21 NIV).


Despite the fact that our theology has nearly succeeded in separating the gospel and the power of God for salvation, they are in fact inseparable. According to Paul, the gospel IS the power, therefore, the signs, wonders, and miracles are a part of the gospel, not an addition.

“For I am not ashamed of the gospel, because it is the power of God that brings salvation to everyone who believes: first to the Jew, then to the Gentile” (Romans 1:16 NIV).

Paul’s testimony in conjunction with that of Peter and James led to an open hand of fellowship between the Jewish and Gentile believers. The council weighed Paul’s testimony of signs and wonders along with the council of Peter and James. They determined that the Gentiles need not convert to Judaism and follow Mosaic law in order to be accepted. They were, however, given guidelines concerning food and sent them joyfully along to their Gentile brothers in the worthy hands of Paul and Barnabas.