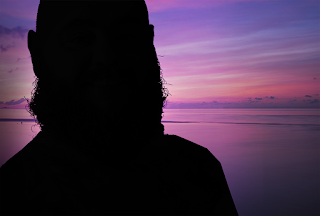 There is a well-known healing evangelist who after becoming as successful as any of his contemporaries, was found to be flawed to an extent that it ended his ministry. You might have read about him. Unfortunately, despite all of the success he achieved praying for those sick of all kinds of maladies, he will none-the-less be remembered, not for those things, but for falling from his high position. What do we conclude about such a person? Were all those healings just false signs, and does his fall make this person a false teacher? Can anything they ministered be trusted and accepted? Doesn't this type of situation confirm our skepticism concerning  the ministry of signs and wonders?

Keep in mind that when Jesus sent out his twelve disciples to heal the sick, raise the dead, cleanse the lepers, and cast out demonic influences, he knew that these men were imperfect, yet he sent them out anyway. And, all twelve returned with glowing reports of what they had accomplished (Mk 6:13, 30)—all twelve including a man named Judas Iscariot. Yes! This is the successful healing evangelist who fell. I'm reporting the news a little late (by 2,000 years) so that I might make a point. When the disciples returned to Jesus, there is no indication that anyone of them fell short of Jesus' expectations. They were all successful healing evangelists, including Judas.

Furthermore, after his resurrection, Jesus gave us what we refer to as the Great Commission. He did not feel the need to take into account Judas' actions and downgrade or eliminate the supernatural aspect of the commission. Instead, he announced that certain signs would follow those who believe. And after Pentecost, Peter and John did not decline to pray for the lame man at the temple, reasoning that by his actions, Judas disqualified supernatural ministry. They not only successfully prayed for this man's healing, after being reprimanded for doing so, the apostles cried out to God for even more powerful signs and God obliged them (Acts 4:30-33).

So let's not let a good reason, the failings of others, become a bad excuse for not adopting what Paul calls the proclamation of the full Gospel with the power of signs and wonders (Ro 15:18-19).